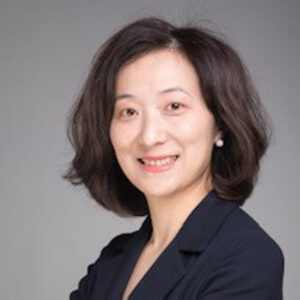 With over 20 years of experience in private equity and capital markets, Abigail joined Marabek in 2021 as an Advisory Partner. She brings deep technical and financial expertise in managing Trans-Pacific and Chinese capital investment transactions.

Abigail relocated to Washington, DC from 2014-2017, she worked with Phoenix Media (NYSE:FENG) and its subsidiary Phoenix Satellite TV Investment Holdings also referred to as Phoenix Media Ltd. Finance Channel. The Chinese owned Phoenix Media is considered one of the worlds biggest media corporations and Abigail was promoted to VP of Global Partnerships where she was responsible for investor relations with the World Bank, IMF, US Dept. of Treasury and other global financial institutions.

Most recently as Managing Director for Spring Valley Capital, Abigail took over as Vice GM of a portfolio company, Nano Star Technology.  She helps the company establish its global operations and advises on business development strategies. Her responsibilities include overseeing daily operations, investor and government relations as well as oversee all fundraising activities. . Abigail is also the CEO of MoonX Technology based in Toronto, Canada and is working to build up the team and localize the Autonomous Vehicles Solutions in North America with collaboration from partners in Israel and EMEA regions.

Any cookies that may not be particularly necessary for the website to function and is used specifically to collect user personal data via analytics, ads, other embedded contents are termed as non-necessary cookies. It is mandatory to procure user consent prior to running these cookies on your website.